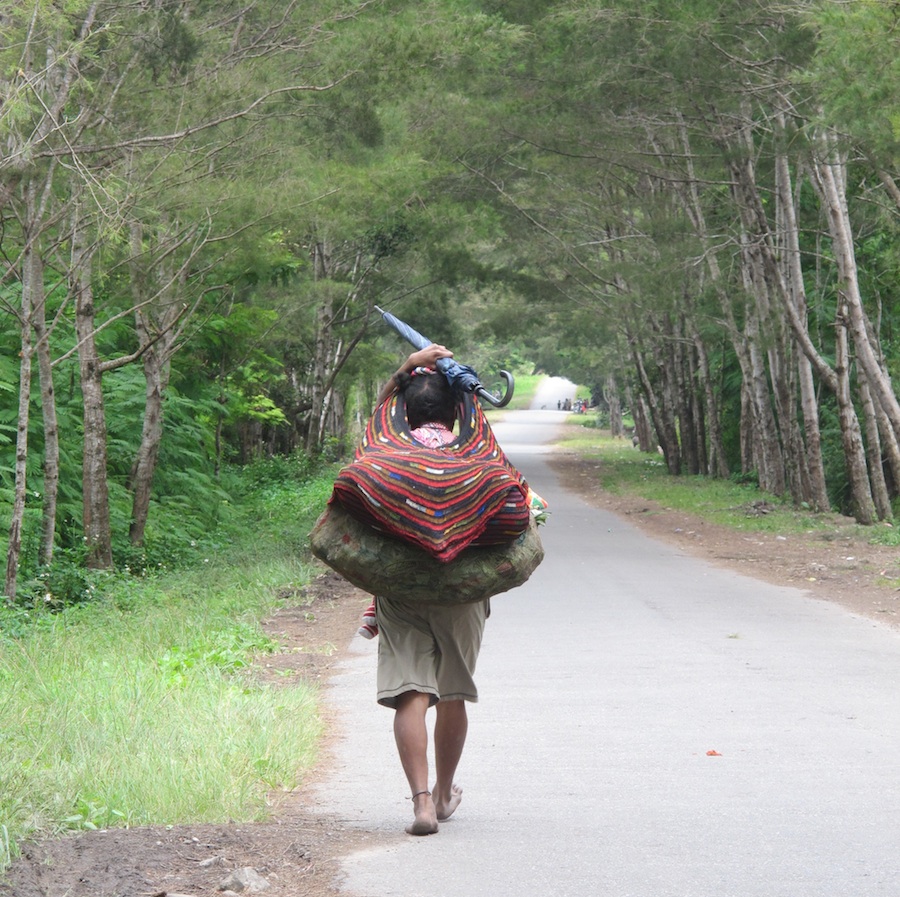 Patricio Wetipo grew up in a well-respected family from the district of Musatfak in Central Wamena. Even in this privileged strata of society, Patricio witnessed events that made him want to fight for the women in Wamena.

“My father used to hit my mother. It got so bad at one point that we had to leave our house and go live with another family,” Patricio says. “People say that a woman’s duty is to give birth, to raise children, and to work for us. I think that is a horrendous burden. Our Mama takes care of us from our birth until we grow up. Even when we die, it’s women who take care of the rituals.”

As a result of this experience, he established an organisation to campaign for women’s rights. Named Humi Inane (Women’s Voice) the organisation assists victims of domestic violence.

“Women’s position is weak in our society. They often succumb to polygamy, which has become part of the culture in Baliem Valley, the heart of West Papua,” says Patricio.

“In the past, polygamy was intended to increase the number of descendants of a tribe. The polygamy custom was strict, and the man was responsible for protecting women’s rights and interest, even to the extent of ensuring their right to property. Violence to women was minimised because of the strong custom. Now they say they can practice polygamy, but they know nothing about the custom. Women are abused,” he says.

Media helps women express their issues they are facing, says Patricio. “Media mostly cover political and military violence. And yet no one looks at the violence that occurs to women,” he says. “There are also numerous everyday problems that particularly mar women’s progress in the society, such as the lack of access to healthcare and education.”

Patricio helped make the film ‘Let us sell areca nuts!‘. “I want to show the world the lives of Papuan women,” he says. “They work so hard and receive no help from their family members. Their husbands don’t even help them carry goods to the market. We hope that people will see these films and be inspired to bring change to their lives.”