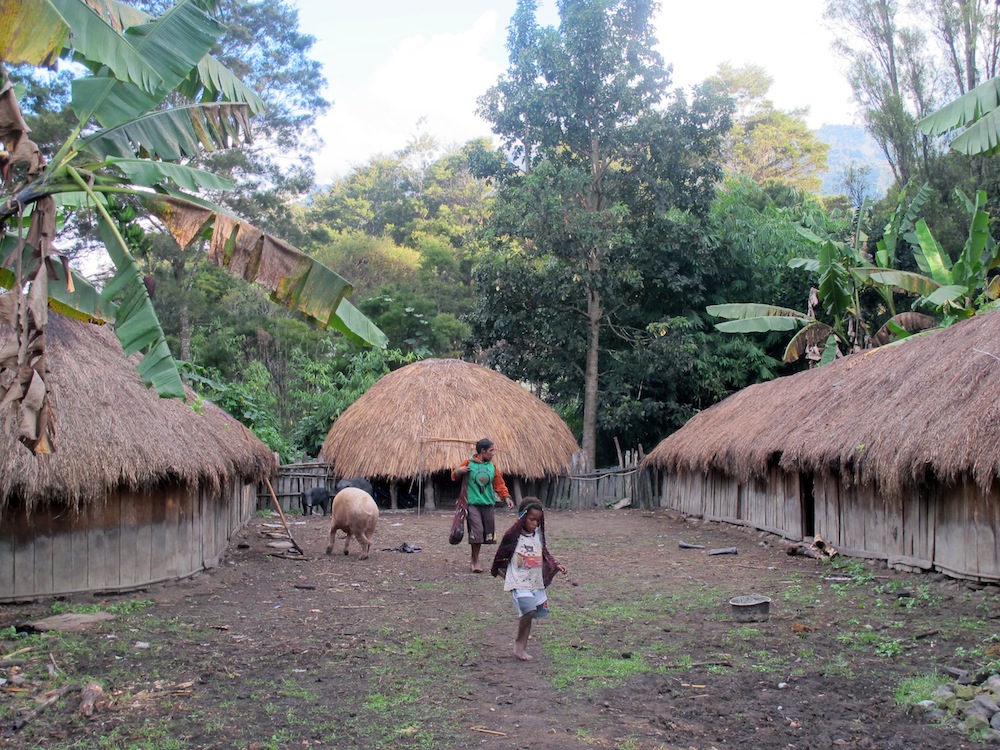 Father John Jonga has devoted to his life to Papua, and is a well-known figure there. In fact, while being interviewed for this article, a young man rushed to him gesturing wildly. There was a brawl in the village and Father John was asked to go and pull the men apart.

“I arrived in Papua 28 years ago. When I came here, food was abundant. There were not a lot of tribal conflicts. Now the situation is a complete turnaround. Before, people worked in the fields, grew things. Now many people rely on funds from Otsus or Special Autonomy. Even though the budget allocation for the Special Autonomy is big, it simply hasn’t brought any changes to the people.

It would be better to provide health care through places that are closer to the community, such as traditional Honai houses. In Yakuhimo, 62 people died because of the unavailability of health officers. It is hard for people to travel long distances to seek health service. Health officers must come down to the field and visit the communities. It would be better if traditional healers in the village were educated in basic medical science.

Once I assisted a sick man from the district of Assolokobal to Wamena. But what kind of service did the hospital provide? The patient still had to buy medicine, syringe, infusion and even Paracetamol, all of which were supposed to be given free. The government’s statement on medical aid turned out to be untrue.

The same applies for education: there are so many schools built with no teachers. Most of the teachers live in the city. They tend to give false marks to fulfill the pass percentage. So, we will find a sixth grade student who can’t read. Just as with the health issue, we need to educate teachers from the local community.”