In August 2015, a West Papuan woman completed her stint as the first participant of our Video Residency program in Yogyakarta. The program is designed to enable filmmakers to advance their video production skills while expanding their networks in the larger video and film community in Indonesia. 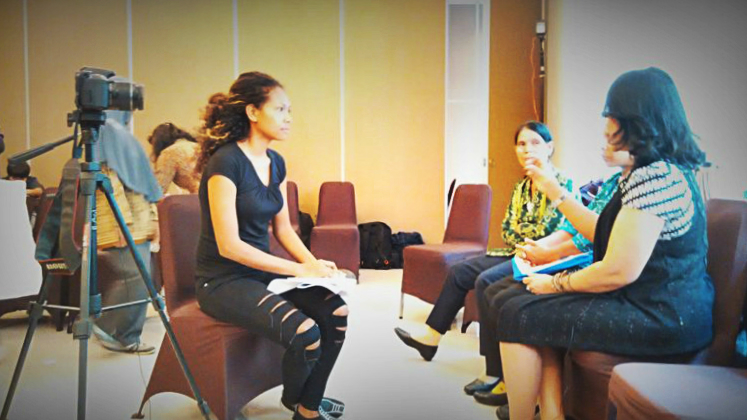 An alumni of Papuan Voices, Martha Langowuyo has been active in SKP Jayapura as a media volunteer for the past several years while finishing her studies at Cendrawasih University. During the program, she has gained various technical and non-technical skills from our staff and also from a mentor who was assigned to assist Martha in video production. 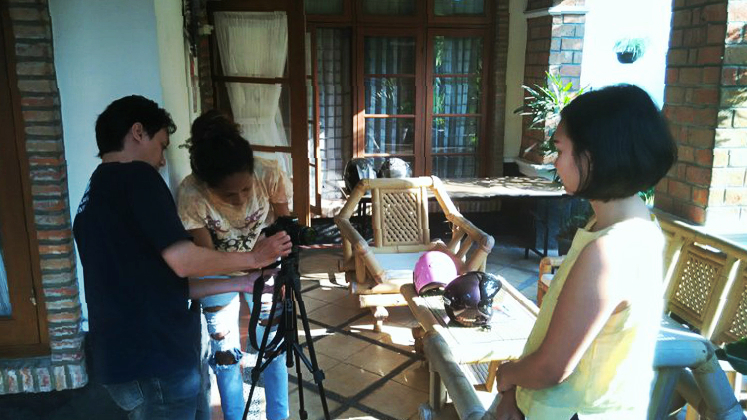 We conducted training in camera handling by shooting and recording daily activities in some of the major streets in Yogyakarta. After shooting, we evaluated all the footage and discussed on how to improve it. We also combined aspects of journalism within the video production framework, where Martha learned about journalism ethics, informed consent, and planning and conducting an interview.

Even since the application process for the residency, Martha had already outlined her issue of interest and video production plan. She was keen to produce a video on access to education for Papuan women, using the case study of Papuan students in Yogyakarta.

On the first day, we discussed how her idea could be developed further and worked on a more detailed production plan which lasted up until her return to Jayapura at the end of the month.

During her stay in Java, Martha also visited six NGOs and video community organizations. Apart from these visits, she was also exposed to events such the Kamisan demonstrations and learned about story development from more seasoned filmmakers in Jakarta.

She also conducted some interviews delving deeper into social and gender-related issues in Papua. Her interviews with prominent womens rights activist, Ita Natalia, and rural researcher Yando Zakaria are also available on the EngageMedia site. 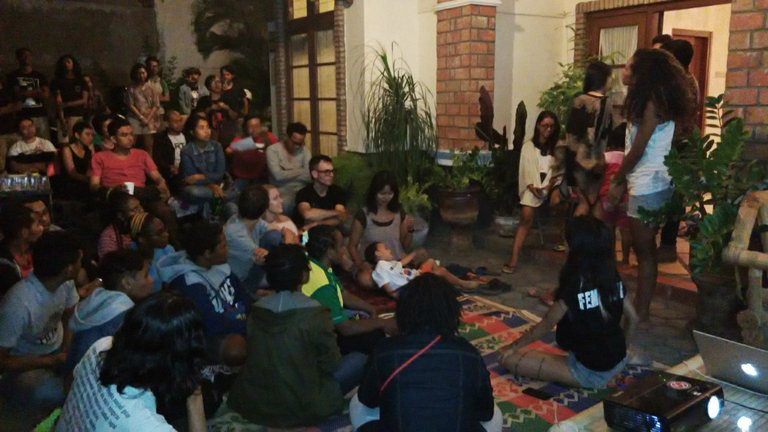 Near the end of her residency, Martha completed a short documentary on Papuan issues and conducted a public screening of the film, which was attended by over 50 people. The post-screening discussion focused on the role of women in Papua and how the militarization of Papua affects the social and economic lives of ordinary people. You can view Martha’s video, ‘Bangkitlah dan Belajarlah!‘, with English subtitles below.

Martha Langowuy’s residency was sponsored by the Jakarta Foreign Correspondents Club, through its Harry Burton Memorial Fund. Reuters cameraman Harry Burton was murdered by pro-Taliban militants in an ambush in Afghanistan in November 2001 while on secondment from his Jakarta base. The fund set up in his memory aims to support the training of journalists, with priority given to camera operators, from the remoter parts of Indonesia.